Hall Place is a distinctive neighborhood laid out in the early 20th century south of Suffolk’s historic downtown. This tightly knit district retains most of its original dwellings and has a strong physical character. The City initiated a variety of neighborhood plans and physical improvements to many sections of the community, including the Hall Place neighborhood.

Frazier Associates wrote a set of design guidelines for the neighborhood as well as its adjoining corridors and commercial areas. Buildings, sites, and public areas were all included in the illustrated publication. A neighborhood committee was formed to assist on this project which was coordinated by the planning department. 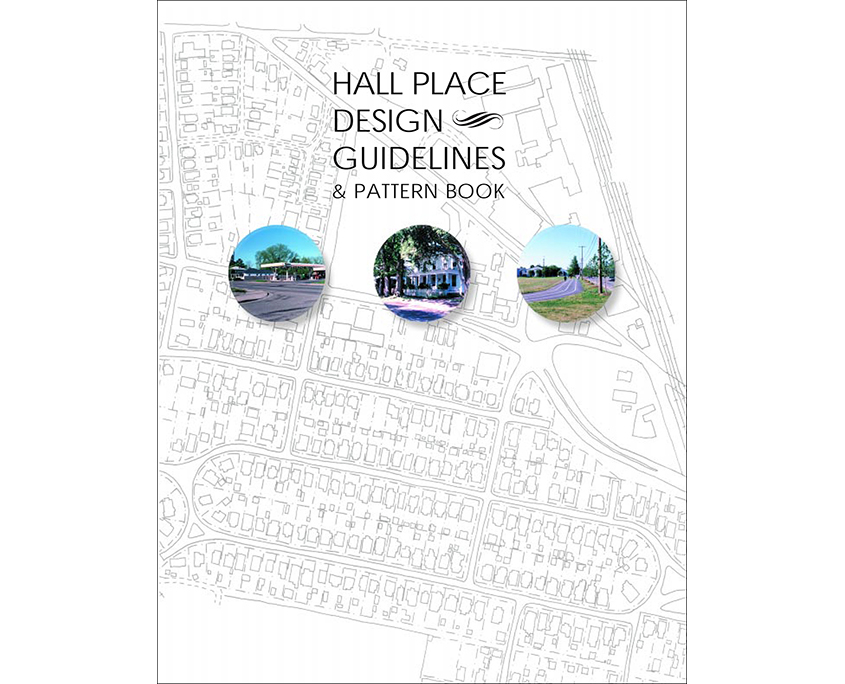 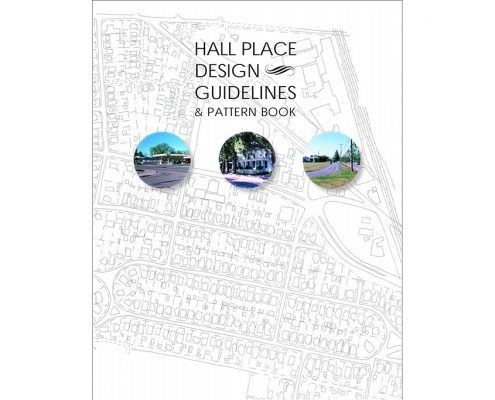 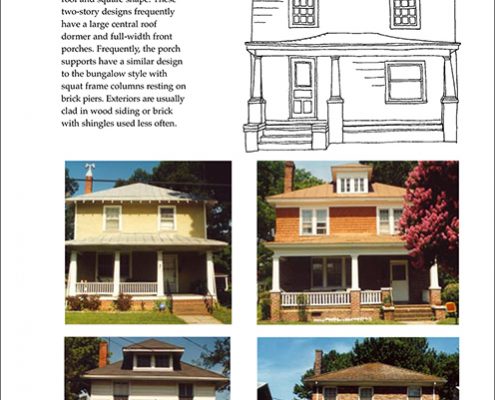 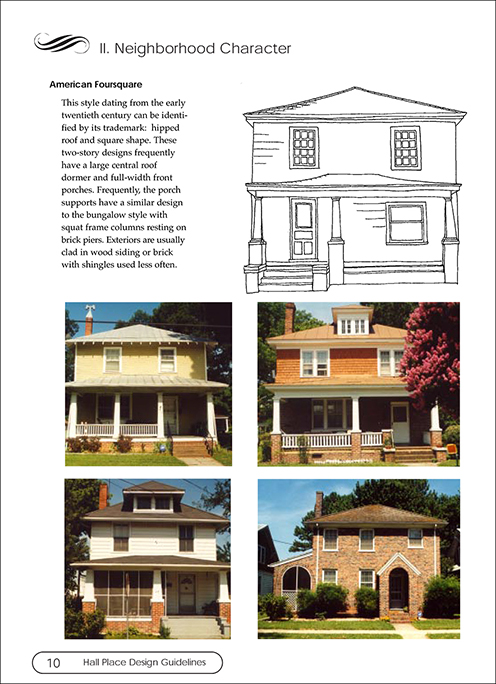 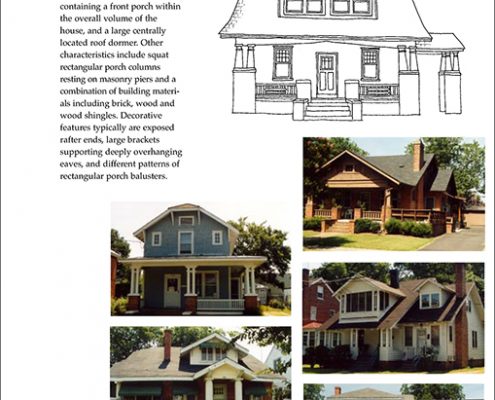 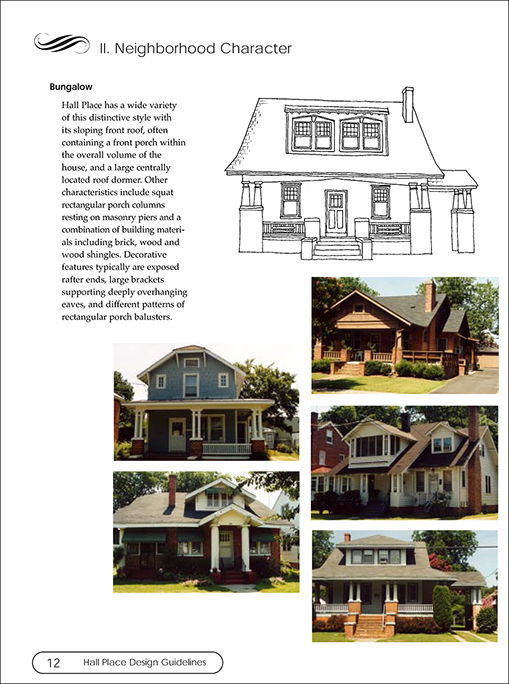 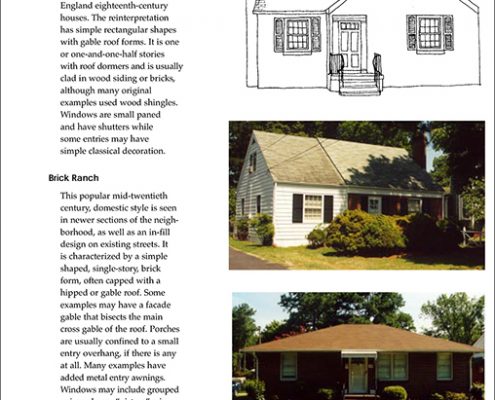 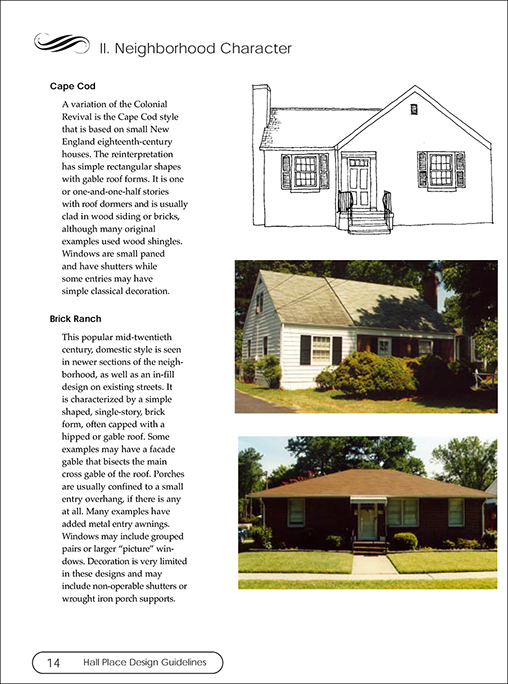 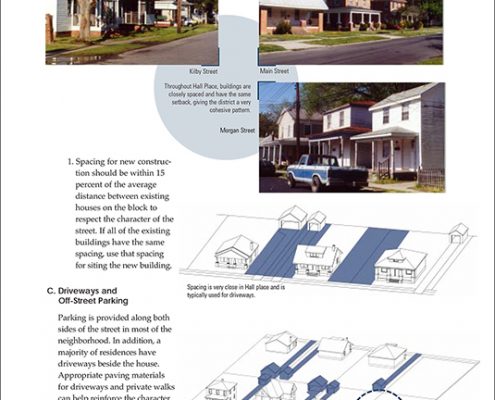 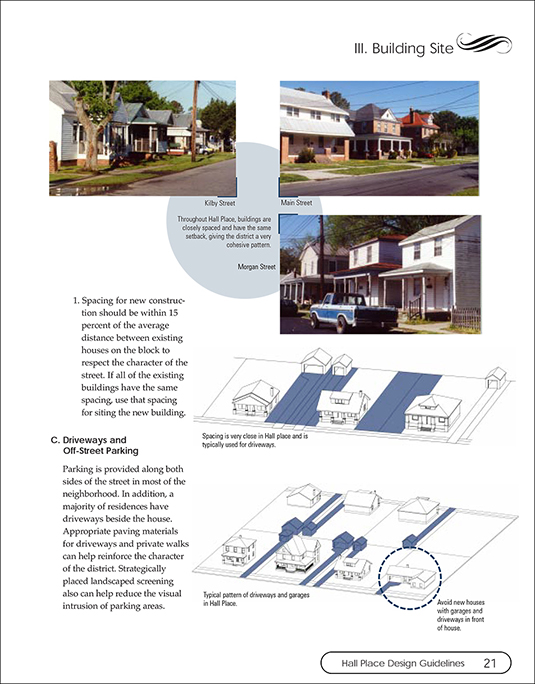 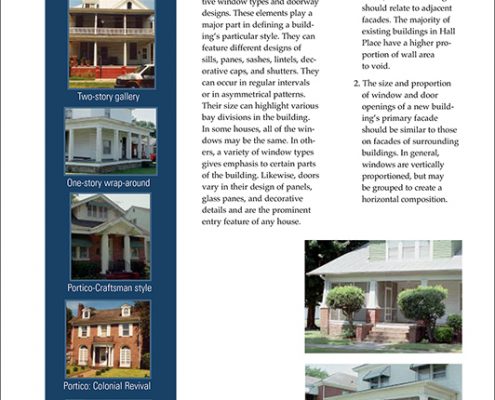 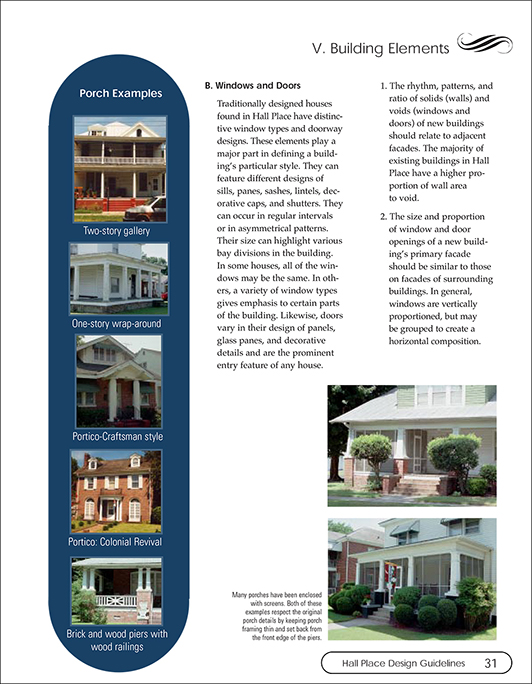 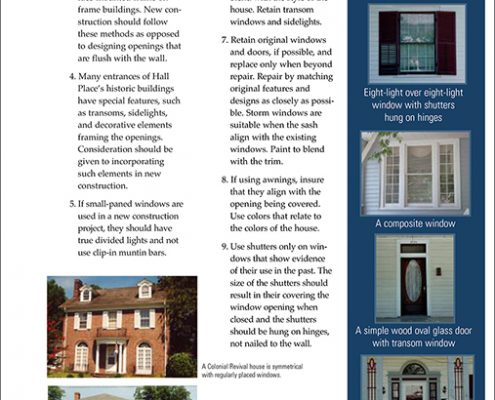 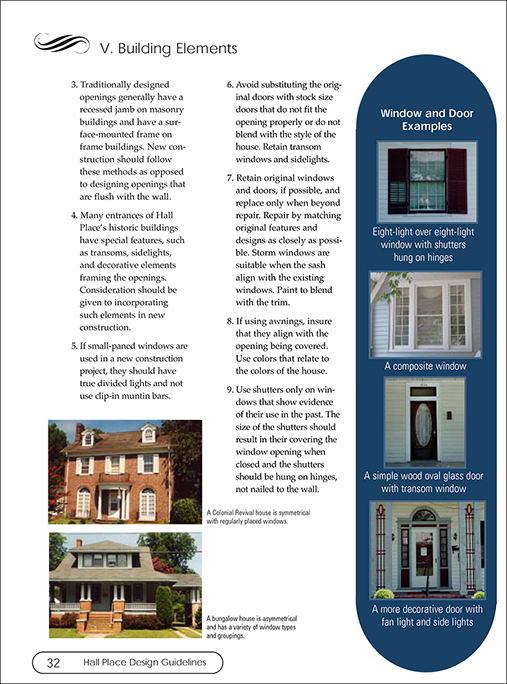 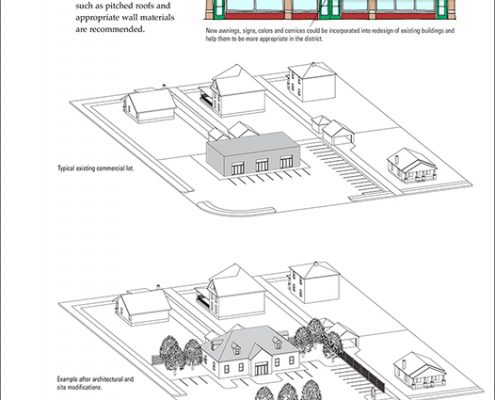 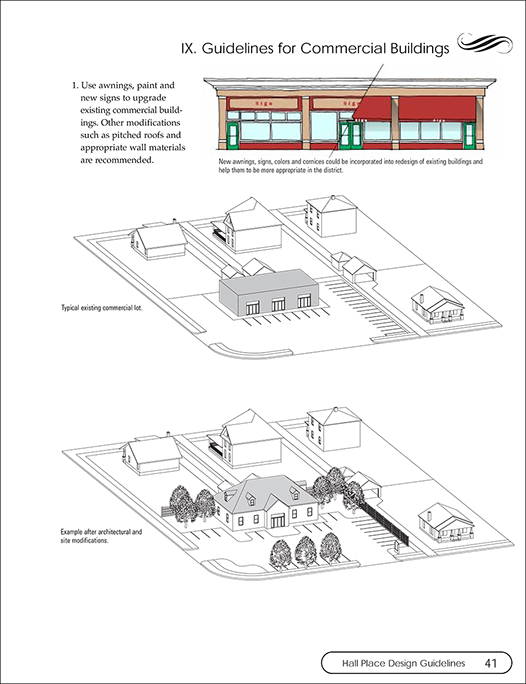