Gypsy Hill Park has been an important part of Staunton’s history since the 19th century. The area was initially the source of Staunton’s water supply via underground springs distributed from the Pump House.  Established as a city park in 1889, the grounds were expanded to include a fairgrounds, a horse race track, and a zoo. The park entrance is adorned with ornamental Victorian era gates and piers designed in the 1890s by the well-known local architect T.J. Collins. This gateway is flanked by the historic Pump House and the Garden Center. Today the park consists of 214 acres and is the most used public facility in the City of Staunton with nearly 100,000 visitors annually.

In 2018, interested citizens formed the Gypsy Hill Park Gateway Restoration Committee to create and implement a plan and raise funds for upgrading various elements at the park entrance. Working with the City Department of Parks and Recreation, these improvements included the installation of a major new gateway sign, restoration of the existing gates and brick piers designed by local architect, T. J. Collins, reconstruction of the wood shingled, peaked roofs of three historic spring boxes, installation of historically-styled street lights, repairs and repainting of the Garden Center, and installation of interpretive signs about park.

Frazier Associates provided computer renderings for conceptual planning for the entire project, as well as detailed drawings for the new gateway sign, design of the interpretive signs. The new arched metal gateway was designed to provide better recognition of the park entrance with its name and founding date of 1889. It complements the historic character of the Victorian iron gates, lamp, and brick piers. The interpretive signs illustrate the rich history of the park from its beginnings as the city’s water supply and its late 19th century carriage path, bandstand, duck pond, and horse races, to its 20th century amenities, sports facilities, and community concerts featuring famed country music stars to local jazz musicians. The signs, installed in a new landscaped plaza behind the Pump House, provide a new attraction and educational feature in the park. 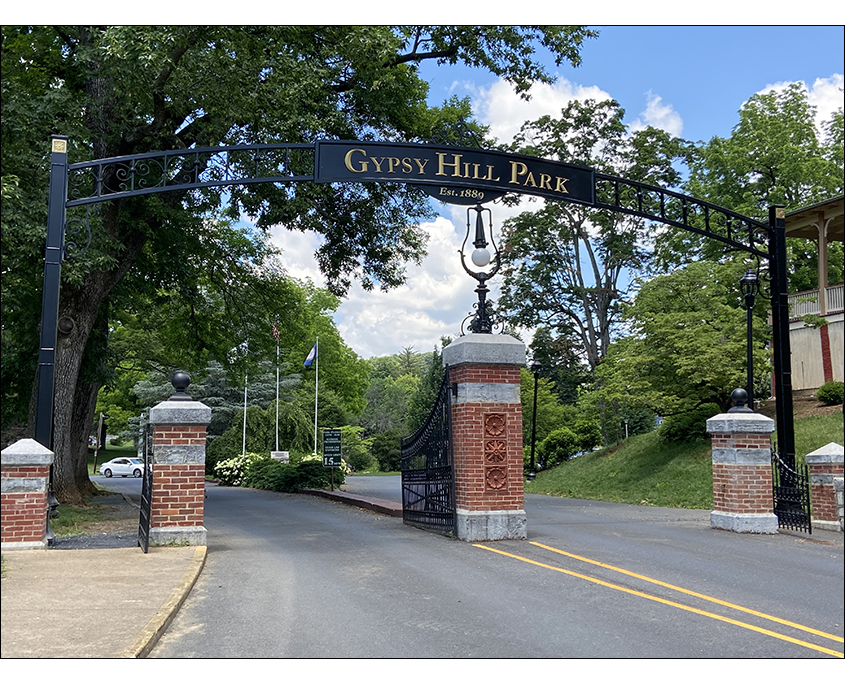 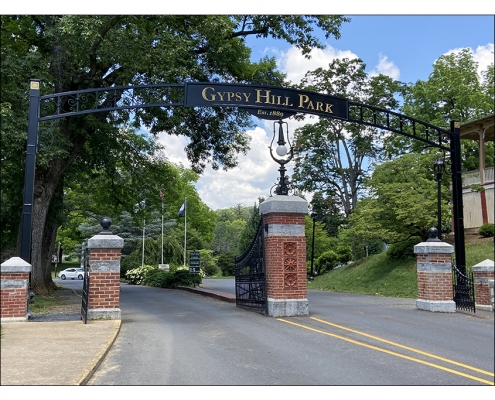 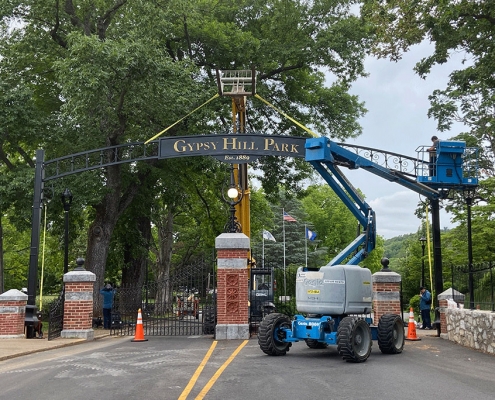 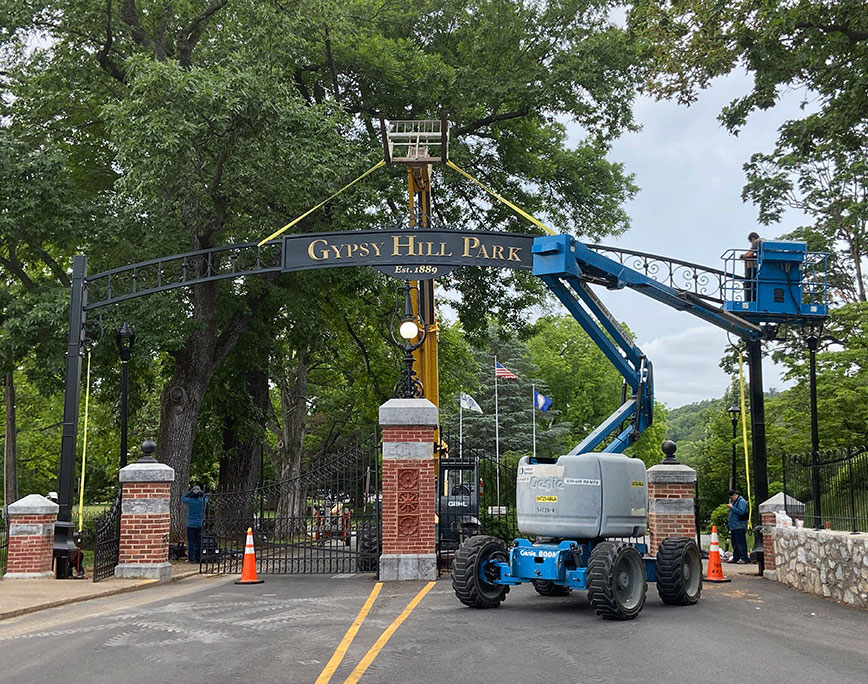 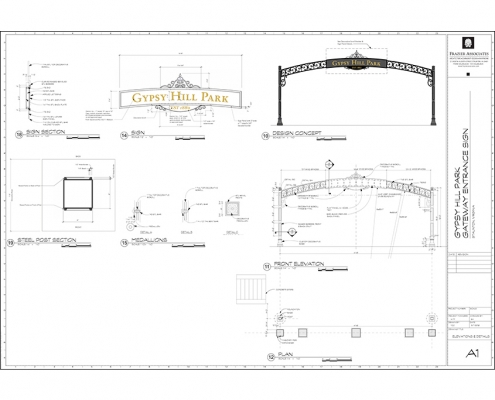 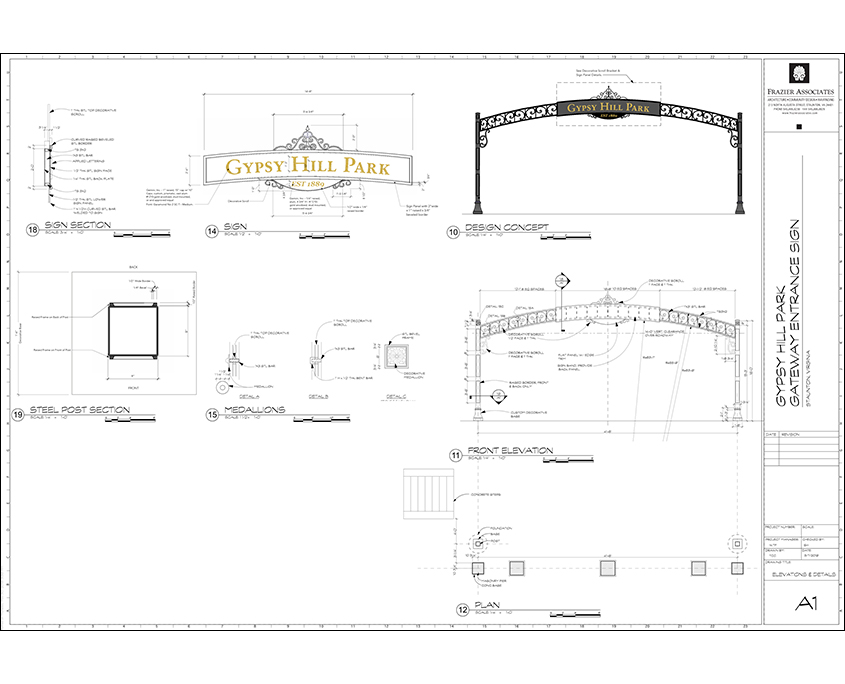 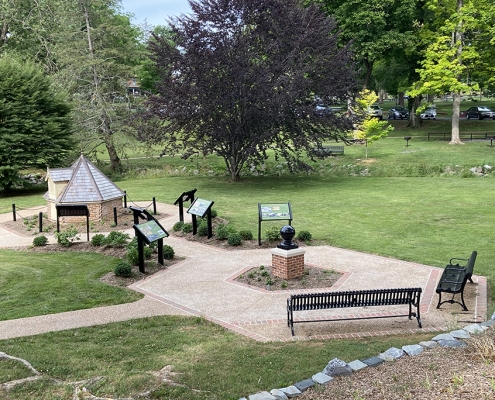 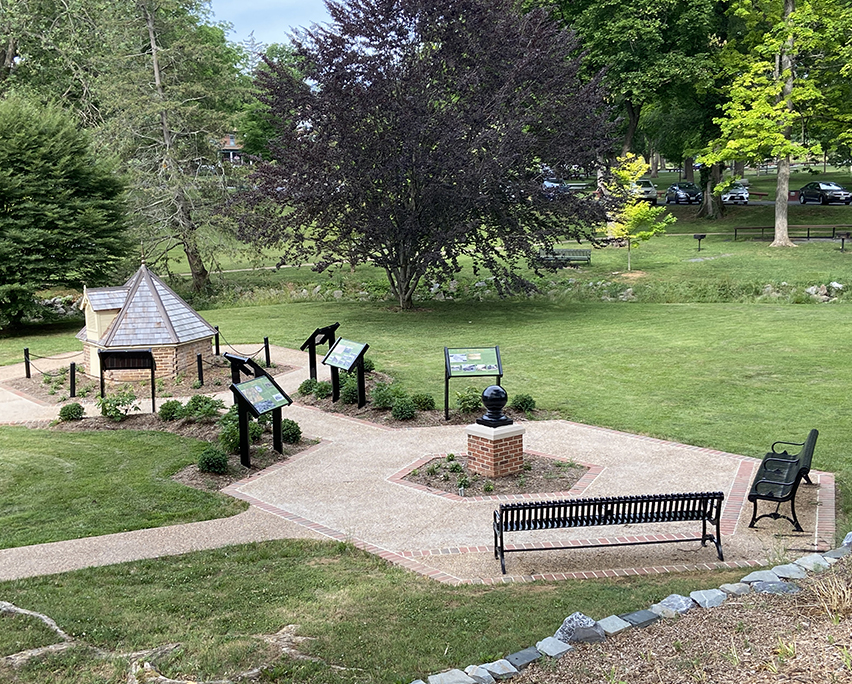 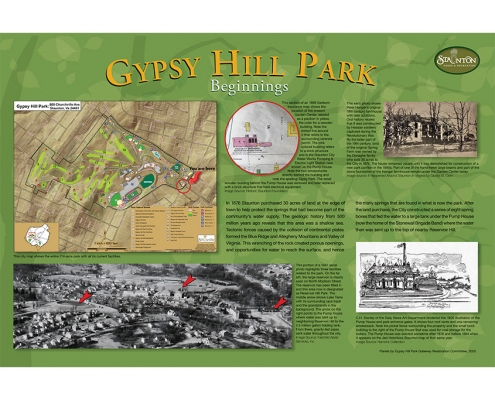 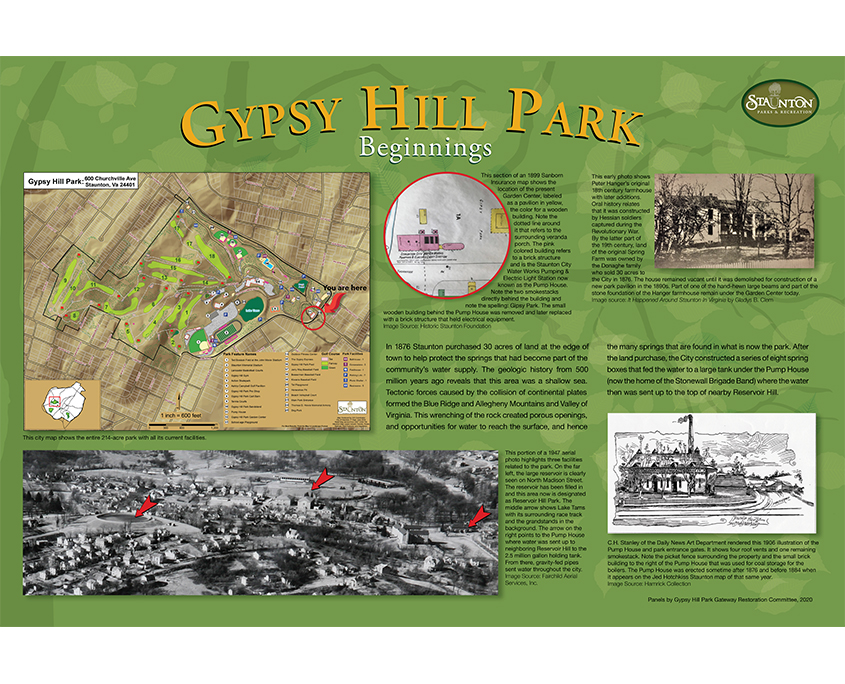 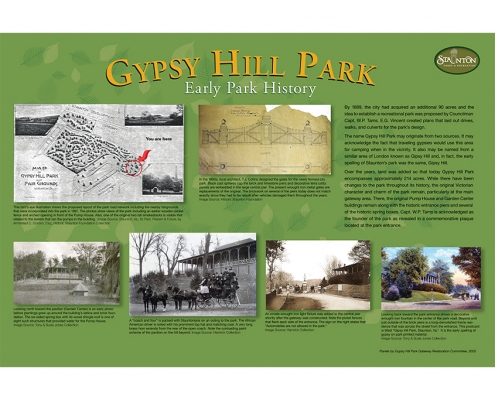 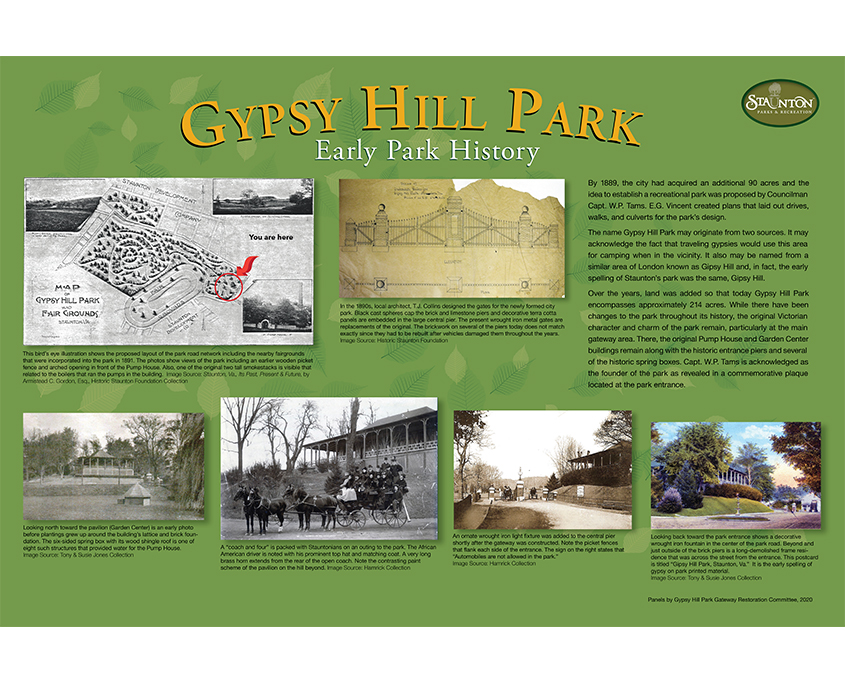 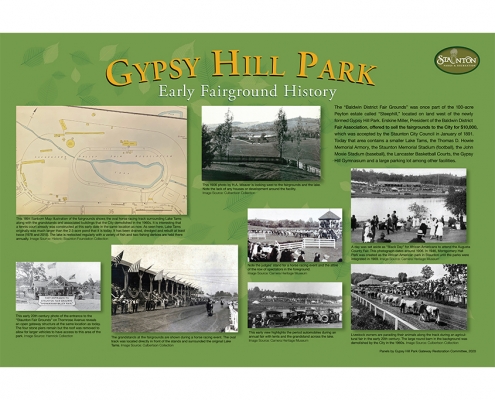 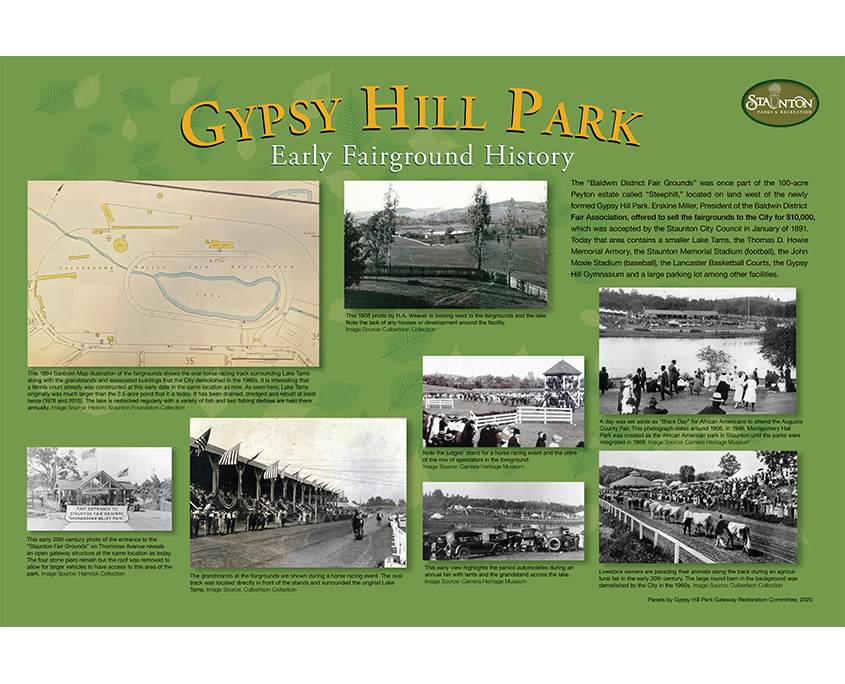 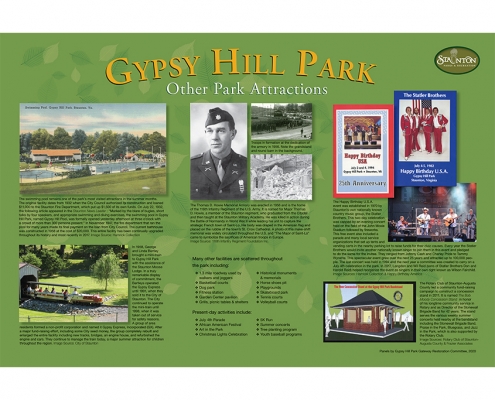 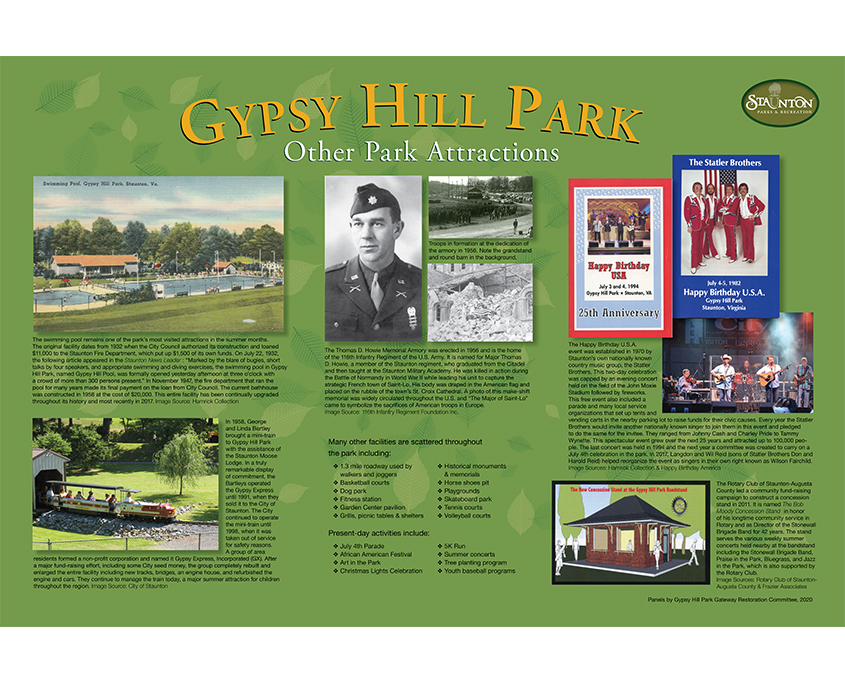 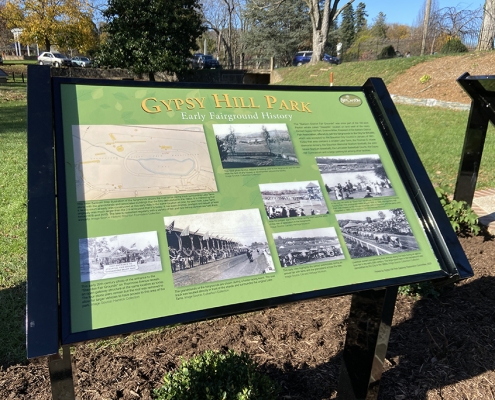 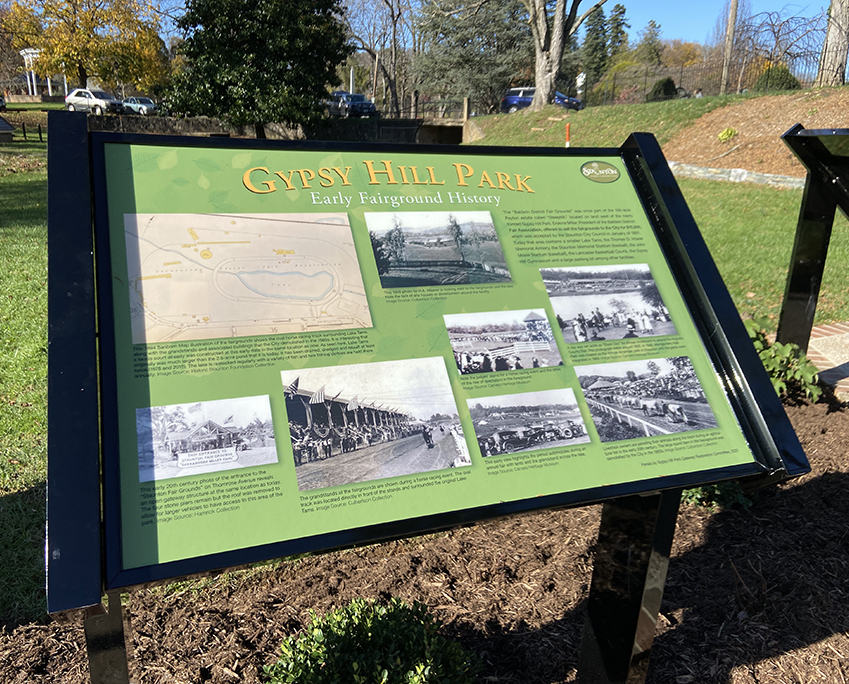