When completed in 1858, the Blue Ridge Tunnel, designed by noted French engineer Claudius Crozet, was the longest tunnel in the United States. Considered a significant engineering feat digging through solid granite with hand tools and black powder, it connected communities east of the Blue Ridge Mountains with the Shenandoah Valley and contributed significantly to railroad expansion further west. First used by the Virginia Central Railroad then by the Chesapeake and Ohio Railway, the tunnel remained in operation until replaced with a newer tunnel in 1944.

The Crozet Tunnel Foundation, a regional public-private partnership, was formed to support the restoration, reuse, and historical interpretation of the Blue Ridge Tunnel as a community landmark and outstanding recreational and educational resource. Prior to the opening of the tunnel trail, the Foundation commissioned Frazier Associates to assist with the design of several interpretive signs to illustrate the history of the site and those who designed and built the tunnel. 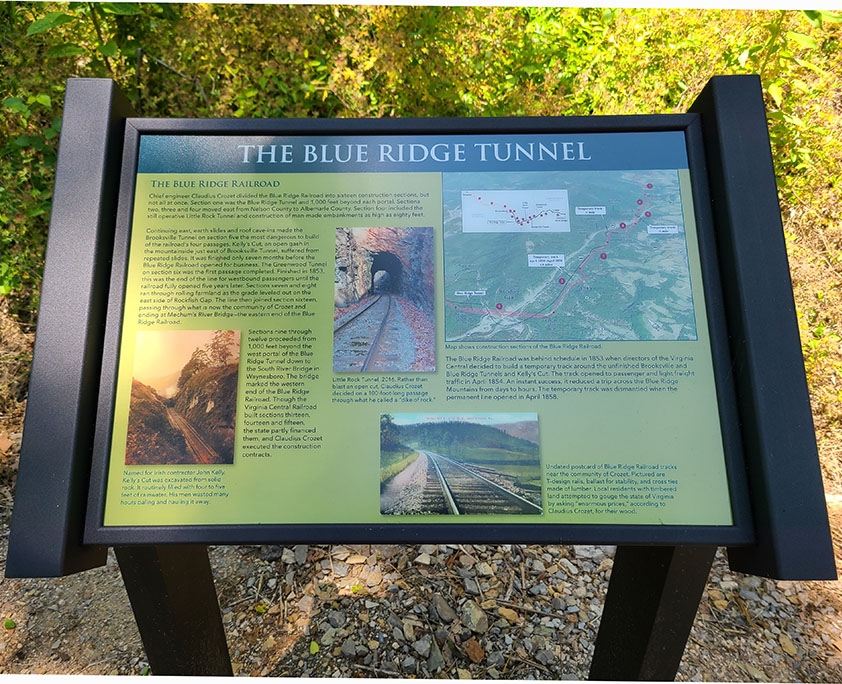 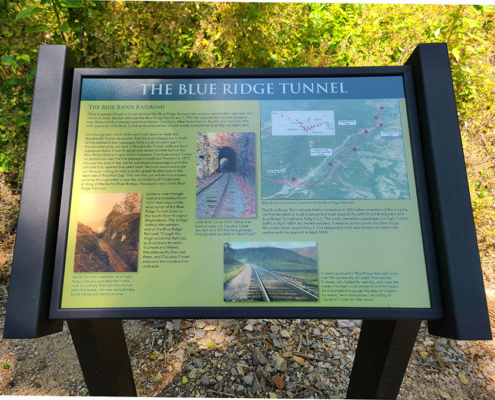 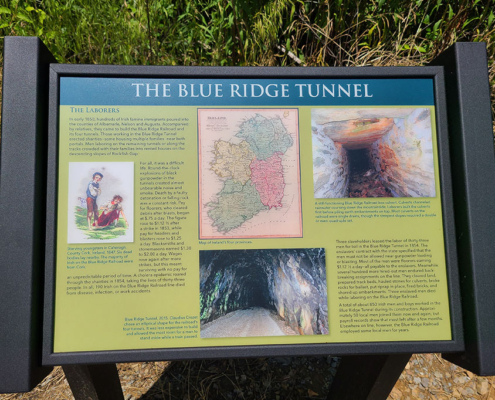 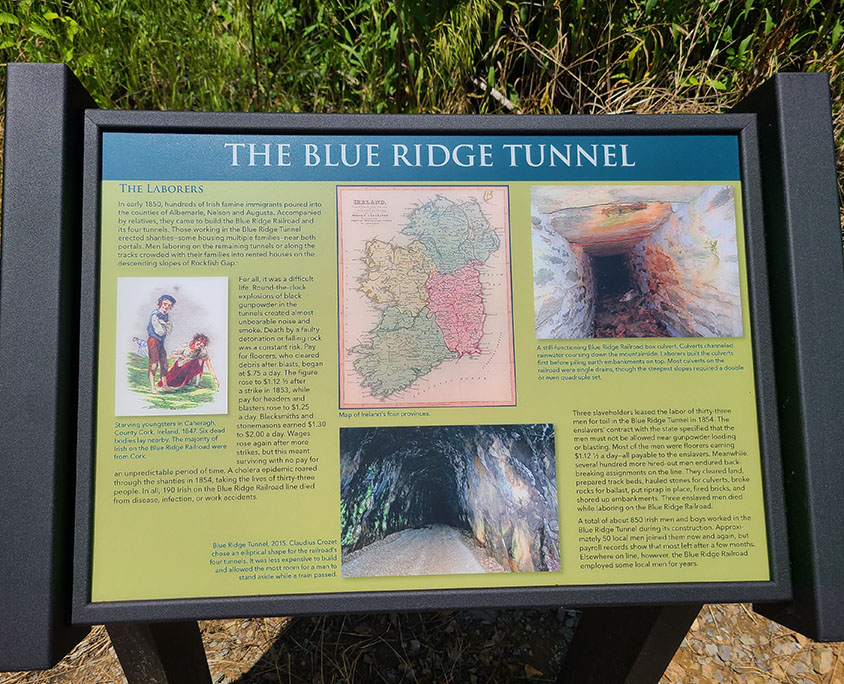 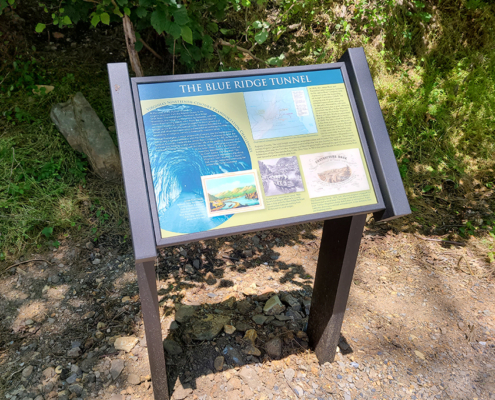 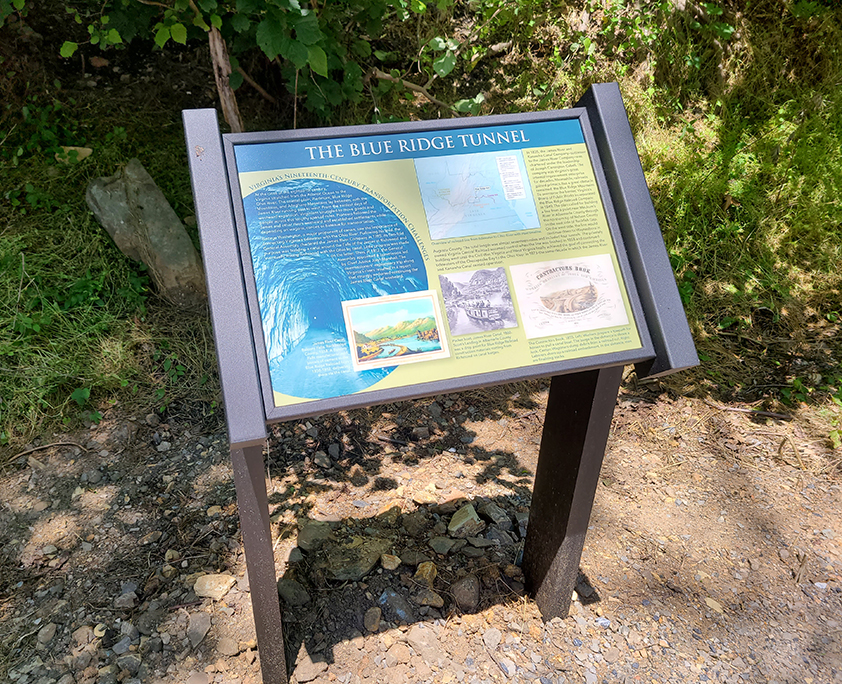 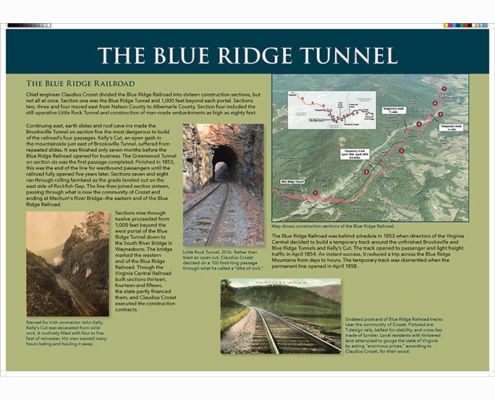 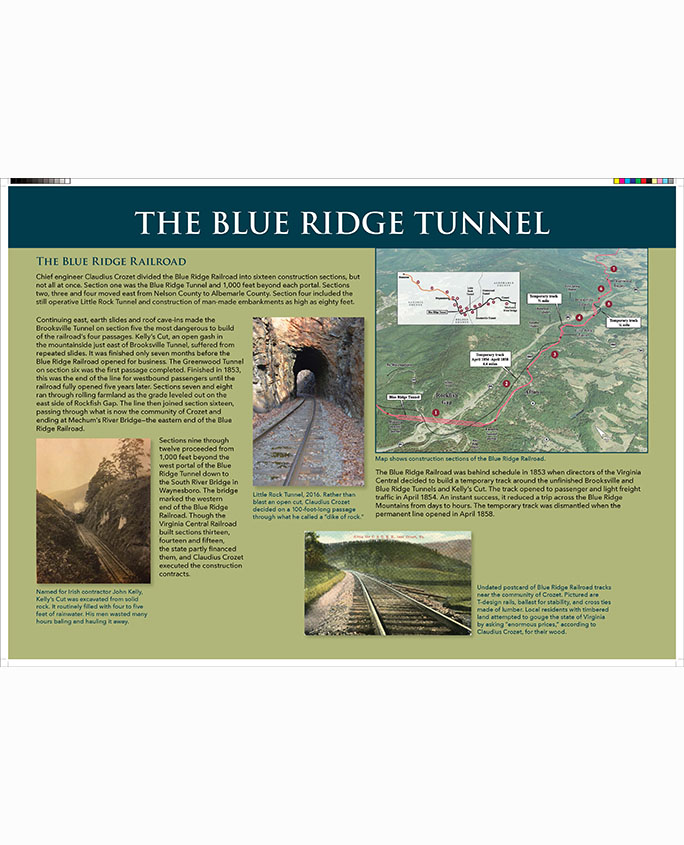 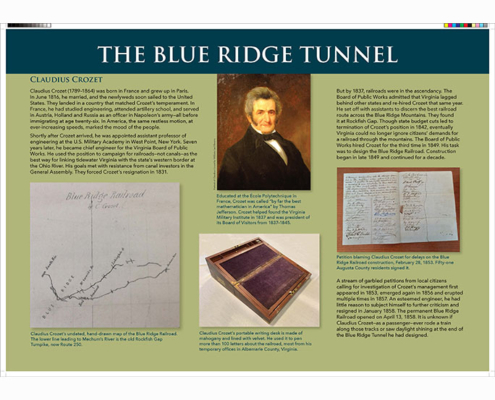 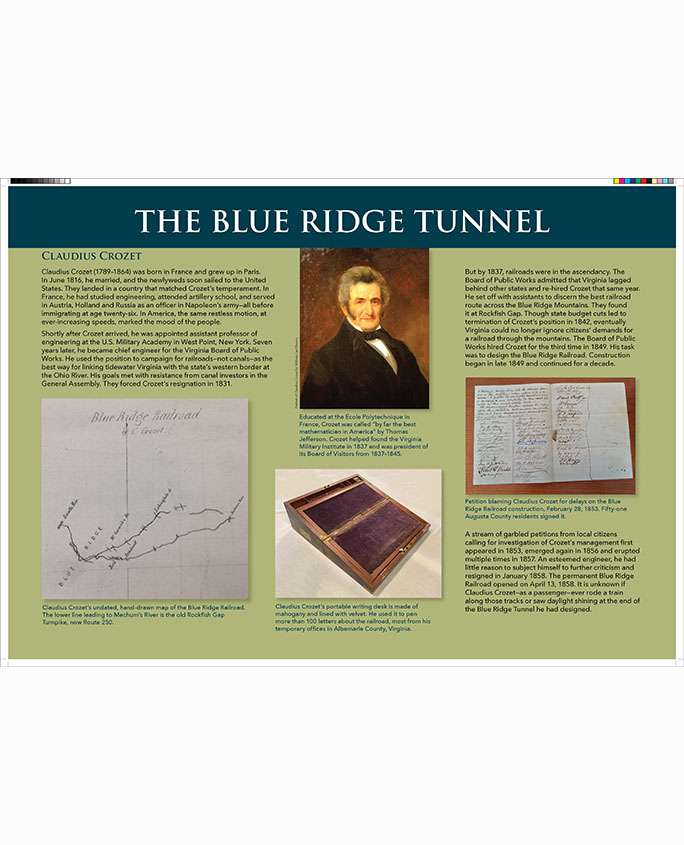 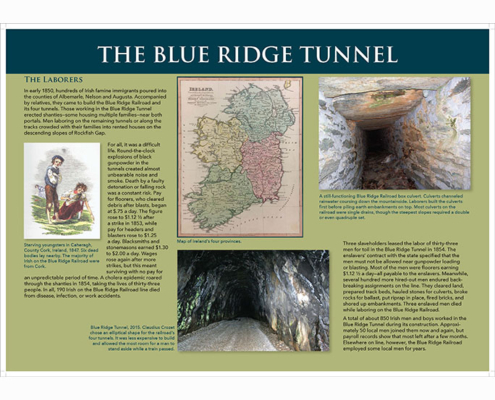 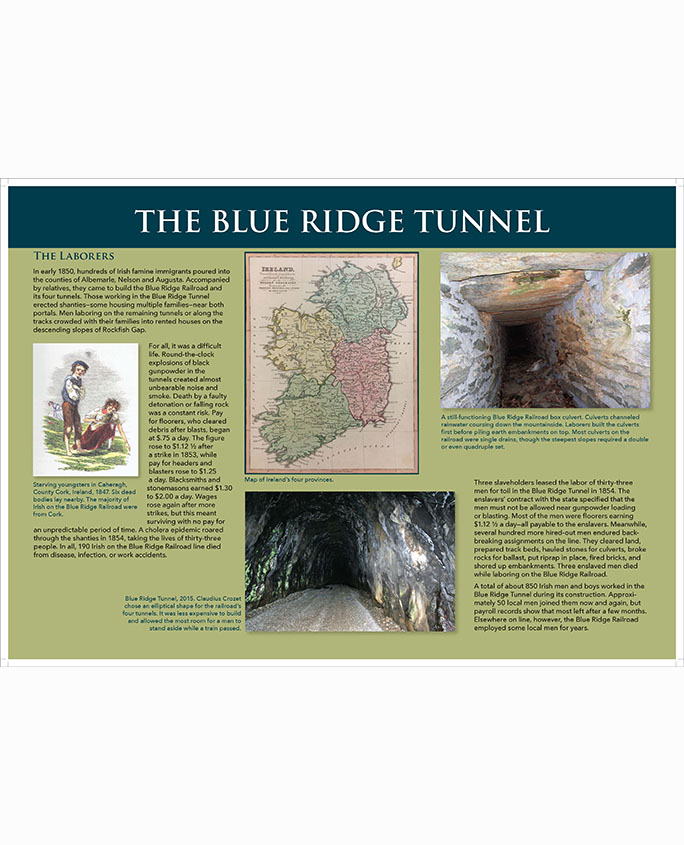 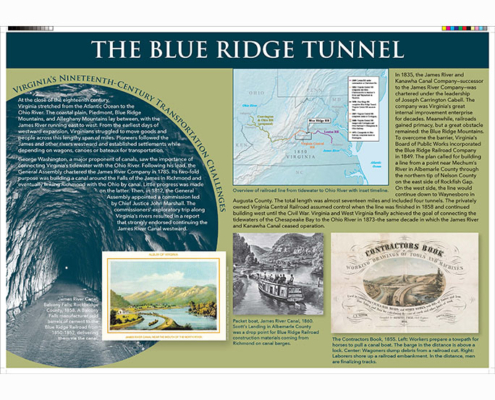 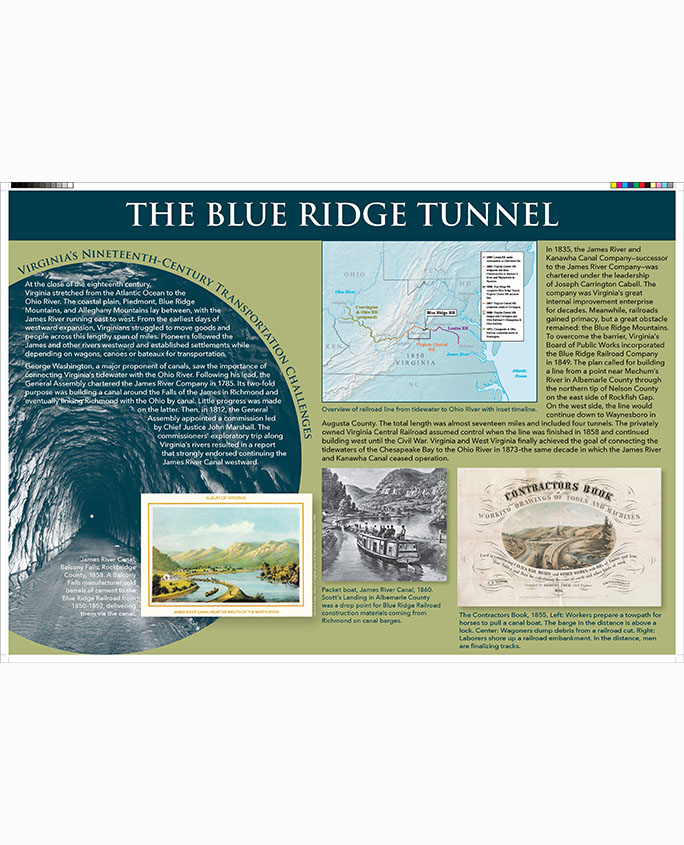