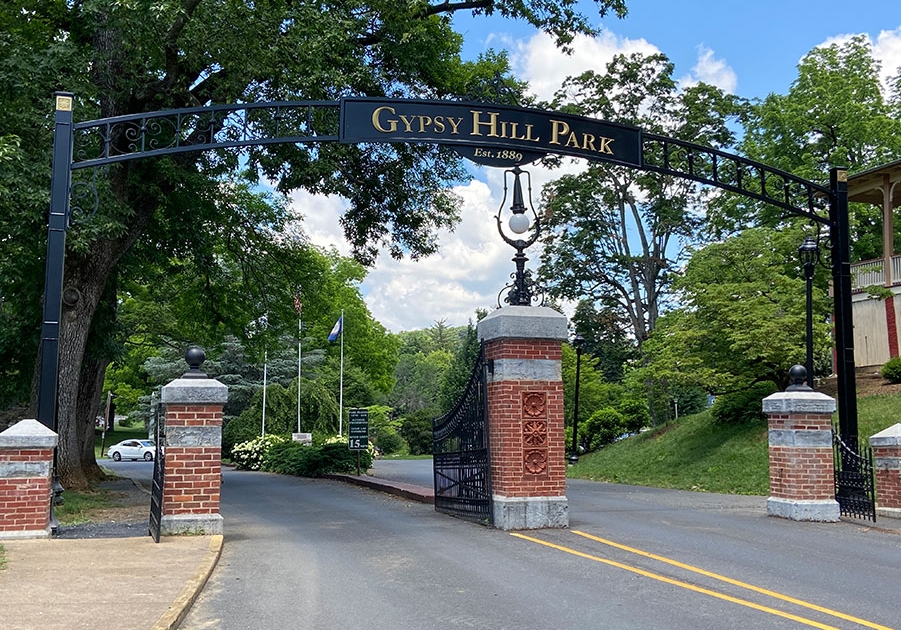 The large new gateway sign at Gypsy Hill Park was finally installed last week and it is beautiful! Bill Frazier was the co-chair along with Linda Hanna of the Gypsy Hill Park Gateway Restoration Committee that raised funds to assist the City for various park improvements at the entrance. Other committee members included Deedy Bumgardner, Janet Ferguson, Beth Scripps, Tom Sheets, and Mary Timberlake.

The public response was overwhelming and over $200,000 was raised with donations, large and small, from hundreds of residents, businesses and area organizations. The City assisted with $60,000 through the Department of Parks and Recreation. The Community Foundation of the Central Blue Ridge has been the fiscal sponsor of the project.

The sign was made by Artesano Iron Works of Philadelphia; a firm that specializes in the fabrication of large complex decorative metal features. They also have offices in New York City and do projects both nationally and internationally.

This installation had been delayed due to the national Covid pandemic. The sign is the final in a series of individual projects at the park’s entry; these included cleaning the stone walls, installing new black metal fencing, restoring the original brick and limestone entrance piers, reinstalling the historic metal light fixtures on the central pier, installing new L.E.D. street light fixtures, repainting the nearby historic Garden Center, restoring three historic spring boxes, adding new sidewalks, benches and interpretive signs behind the historic Pumphouse and renewing the historic plaque honoring William Purviance Tams, the founder of the park. Chris Tuttle, Director of the Staunton Parks and Recreation Department said that he had been trying to restore some historic entry features since he became director in the early 1990s but that limited budgets delayed the projects.

Frazier Associates is proud to have assisted in donating design services for several of these projects including the large sign designed by Sandy Hanger, the reconstruction of the historic spring boxes designed by Annie Mathot, and the overall layout of new sidewalks and hexagonal seating areas designed by Susan Lancaster while Bill Frazier gathered the images and wrote the text for the six interpretive signs.

Bill Frazier said, “It has been a very long journey to get to where we are now. The entire committee is happy to finally complete this last and the most dramatic project of the overall gateway enhancements. On behalf of the committee, thanks to everyone who donated funds, materials, and labor for these park projects.” 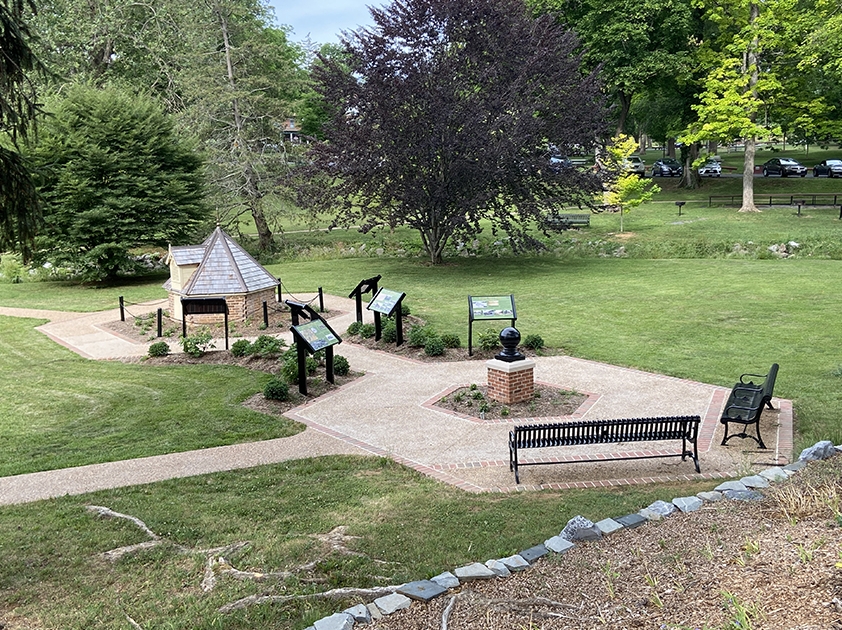